Ghana has officially become the first country in sub-Saharan Africa to achieve the Millennium Development Goal 1, which is the target of halving extreme poverty.

The success stories don’t end there though.

According to a report from the Ministry of Finance, the country became a middle income economy in June, and with an economic freedom score of 59.4, the 104th freest economy in the world.

Since President Nana Akufo Addo came to power in November 2016, his government has embarked on array of measures that have stimulated growth and spurred foreign direct investment.

The mining sector, a crucial cog in the West African state’s Gross Domestic Product, has enjoyed relative growths due to global prices of gold and aluminum holding steady, and sound investment decisions.

Ghana’s economy is ranked 11th in Africa, though it ranks better than most nations in terms of economic equality levels.

In 2018, Ghana became West Africa’s largest recipient of foreign direct investment (FDI) in West Africa, attracting more than $3 billion and raising its FDI inward stock to $36 billion, up from just $10 billion in 2010.

Last year, Ghana’s economy was the fastest growing in the world, at a rate of 6.7 percent compared to a regional average of 2.1 percent.

Ghana has also sought to diversify its economy from being heavily reliant on mining. Manufacturing is now a major component – between 2015 and 2018, $3.8 billion out of a total $11.7 billion in FDI was in this sector and this trend continued in 2019 and 2020.

Ghana has a clear industrialization vision. The government – at the highest levels – wants to turn Ghana into a manufacturing hub for West Africa and the Ghana Industrial Policy of 2010 has served as a ‘north star’ for this.

The Ghana Investment Promotion Centre (GIPC), which sits under the Office of the President, has played an important role in the country’s economic success since the GIPC Act was passed in 2013. The Act helped secure investment in Ghana’s manufacturing sector as it enabled the government to provide a set of incentives.

Moreover, there is political stability in a nation that once suffered constant military coups and a civil war. Ghana has become a role model for democracy in the continent, and its leaders have been involved in peace keeping missions across the continent.

But just like any other success story there lies some warnings for the future.

The country’s neighbors are relatively unstable; and that may lead to migration which strains the resources. Ivory Coast, Togo and Burkina Faso are all in various stages of instability and conflict; and there is particular concern that terrorism in its northern neighbor may spill over wiping away all the gains made.

Ghana’s government is also set to be more reliant on mineral exports in 2020/21 financial year as the coronavirus pandemic has slowed other key sectors of the economy. 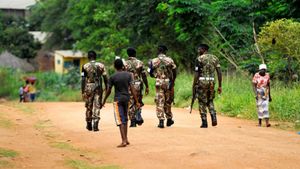 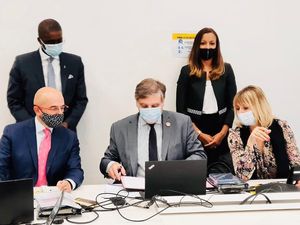