US imposes sanctions over illicit export of gold from DRC

The U.S Treasury has sanctioned Belgian gold trader Alain Goetz and a network of companies tied to him including  his African Gold Refinery Ltd, one of Africa’s biggest processors of metal for allegedly contributing to conflict in DRC through illicit movement of gold .

According to  a statement released by the U.S. Treasury on Thursday, Goetz and Uganda –based African Gold Refinery Ltd are key players in Congo’s illicit gold trade, which is worth hundreds of millions of dollars each year and its largest source of revenue for armed groups in the country through illegal gold exports. It further added that Goetz’s network sources gold from Congo, Kenya, South Sudan and Tanzania.

The Treasury also added that since 2016, the African Gold Refinery, considered one of the largest gold refineries in Africa, has continuously sourced illicit gold from mines in regions of Congo that are controlled by armed groups, including the Mai-Mai Yakutumba and Raia Mutomboki militia.

“Conflict gold provides the largest source of revenue to armed groups in eastern DRC where they control mines and exploit miners,” said Under Secretary of the Treasury for Terrorism and Financial Intelligence Brian E. Nelson.

“Alain Goetz and his network have contributed to armed conflict by receiving DRC gold without questioning its origin. Treasury has been very clear: global gold markets, at every step of the supply chain, must engage in responsible sourcing and conduct supply-chain due diligence,” Nelson added

In a statement right after the pronouncement by Nelson, Goetz said his inclusion on the U.S. sanctions list “seems to be based on misinformation”. He said he has not been to Congo in more than 20 years and has not kept any active contacts within Congo.

In his defense, Goetz said he was asked to set up East Africa’s first gold refinery in 2014, adding that “nothing has made me prouder than to see the impact that African Gold Refinery has had on the gold industry in the Great Lakes region”. He said the Treasury’s Office for Foreign Assets Control (OFAC) had presented no documented evidence to back up their claims, and that he was confident this “mistake” would be swiftly rectified.

According to the U.S treasury, Goetz also owns and controls United Arab Emirates –based Agor DMCC and UAE –based Goetz Gold LLC. These sanctions put in place on Thursday will freeze the U.S. assets  of these companies and generally bar Americans from dealing with them. 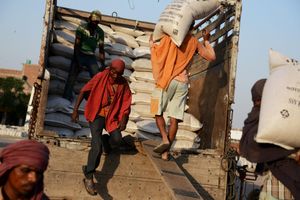 
Will e-commerce be the next frontier for B2B's? 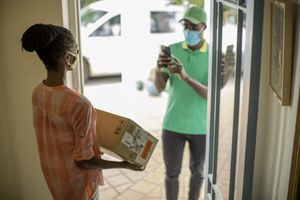