Mirambo Holdings, which is an is the investment arm of Tanzanian tycoon Rostam Aziz owns 588 million shares in Vodacom Tanzania and the proposed deal is subject to approval of Tanzania’s fair Competition Commission and the local capital markets and securities authority.

The approval will mean Vodacom SA will increase its stake in Vodacom Tanzania from 61.6% to 75% increasing control in the country’s leading telecom company. “This is definitely a positive move for Vodacom.

Initially, Vodacom was disallowed from competing with Vodafone in Africa for many years and this meant they could not buy some early stage opportunities in the Telco space,” says Zwelakhe Mnguni, the Chief Investment Officer of Benguela Global Fund Managers. “The increased shareholding in Tanzania will enable them to replicate the strategies that have worked for them in South Africa and Kenya in particular.”

This ultimately means that Vodacom Group South Africa will now own the lion’s share of Vodacom’s exposure within Tanzania. Jordan Weir, a trader at Citadel says, “The remaining 25% will be controlled by other smaller companies and individual investors. This will now enable Vodacom Group to take more responsibility on board, while having the power to drive the future growth of the company within Tanzania to new highs which may indeed reward the underlying shareholder through both dividend and capital growth along the way.”

Vodacom SA’s consolidation follows a tough three years vitiated by an amendment to the finance bill, which in effect required telecom companies to float, 25 percent of their shares on the Dar es Salaam stock exchange. As a result, the initial public offer (IPO) in August 2017 was oversubscribed but only after the foreign investors were allotted a 40% buy in window.

Last August, the company went through a $213 million initial public offering, Tanzania’s largest ever, which attracted more than 40,000 local investors, most of whom were first-time participants in the country’s stock market. Foreigners, initially banned from participating, bought 40 per cent of the shares. The move was part of a government directive for mobile companies to list a minimum 25 percent stake at the local Dar es Salaam Stock Exchange.

Despite registering a 6% rise in full-year service revenue, Vodacom Tanzania endured a tough year following a January 2018 decision by the Tanzania communications regulatory authority to cut the mobile termination rate, which is principally the fee operators pay for calls made across networks.

Despite the headwinds, Vodacom Group’s interim results released this week optimistically alluded to the matter — priming a legal option. “In Tanzania, the Group has filed an appeal against the regulator’s new five year glide path with the Fair Competition Commission on the grounds that new mobile termination rates were modelled using data that was not representative of actual costs incurred by operators and the glide path sets mobile termination rates below cost,” read the statement. The appeal, alluding to the regulator’s decision to impose a 42.1% reduction in the mobile termination rate. Meanwhile, the group has continued to invest heavily in infrastructure with Vodacom Tanzania’s acquisition of additional 4G spectrum at 2 x 10 MHz for a total of US$10 million only eclipsed by the recent launch of Africa’s first commercial 5G network in Lesotho. However, Mnguni argues the 5G network in Lesotho is a beta project for a larger rollout across the markets Vodacom services. “This is an on-going process and Vodacom will keep investing. For Lesotho, This is a small scale trail so they can understand what could go right or wrong in the 5G space before they roll it out in the broader markets.” 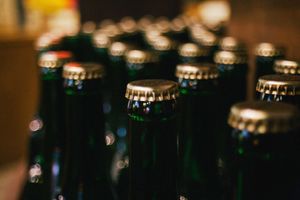 
The Evolution Of Ethiopia’s beer industry


Here’s why you might want to watch the DRC election 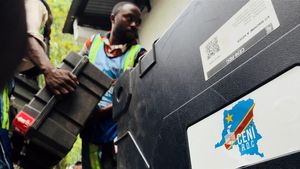