What does Nigeria’s Siemens power deal mean for businesses?

Six days out of every week, James Agbebi wakes up as early as 5am to prepare for work. 6.30 am. He opens twin door of his printing shop on Agunbiade Street in the heart of the Lagos’s printing hub at Shomolu and headed to a small cage, locked with a large padlock beside his shop.

When Agbebi opened his cage it was to perform a ritual that has become a necessity almost every day of the last 23 years – starting his generator. The last 2 decades of his business has seen that cage hosting different occupants. Once a generator outlived its capability, it was swiftly replaced by another.

As outrageous as it sounds that a business owner like him has had to depend on generators for 23 years, Agbebi he did not have a choice.

His choice did not hinge onwhether public supply of power comes on or not. The nature of his business is such that he could not afford to depend on public power when a sudden interruption while running a batch of prints may mean ruining the batch and losing a substantial amount of money in the process.

“For an average printing business, I make a substantial amount of money. But the question is how much of that is profit? For instance, on an average month, I make $1,000. At least 1 quarter of that goes into fuelling my generators.”

For many business owners in Nigeria, cost of power supply for running their businesses is a constant headache.

According to the Country Director of the African Development Bank (AfDB) in Nigeria, Nigerians spend $14bn on fuelling generators annually.

This is simply as a result of the low power generation in the country and the corruption that has bedevilled the efforts to rehabilitate the country’s power infrastructure for many decades.

According to Bloomberg, only about 60% of Nigerians have access to power, with those who do have, thrown in frequent blackout.

On Wednesday, the Nigerian government kicked off the first phase of its deal with German power company, Siemens AG. It was a result of a bilateral agreement between President Muhammadu Buhari and German Chancellor Angela Merkel in July 2019.

The agreement on ‘Nigeria Electrification Roadmap’ is aimed at an ultimate goal of providing Nigeria with 25,000 megawatts of electricity by 2025.

It would be done in phases, 5 gigawatts to 7 gigawatts, then 11 gigawatts by 2023 and 25 gigawatts by 2025. This could mean Nigerians finally having access to 24-hour power supply, which is a notion that is more like a myth to an average Nigerian.

Even though Nigeria has more than 13,000 megawatts of installed electricity generation capacity only 4,000 megawatts are dispatched to the power grid daily.

For business owners, the state of power in the country may be the difference between breaking even or going under.

“Cheap and abundant availability of power is a pre-requisite for economic development, with the potential to have a multiplier effect on growth,” PwC says in its 2016 Power Sector report on Nigeria.

But should Nigerians be cautious about the Siemens deal? Anyone with a basic familiarity with Nigeria’s political climate would say Nigerians should be hopefully cautious.

The reason is that Nigerian politicians have the knack for simply abandoning projects started by their predecessor especially if they are not from the same parties.

President Buhari who kick-started this power deal with Siemens would leave office by 2023, few years before the last phase of the project  comes to fruition.

The project is expected to cost Nigeria about $3bn. Hopefully, each phase would not be starved of funding and a succeeding administration would see it through so Nigerians can finally become a nation without a power problem. 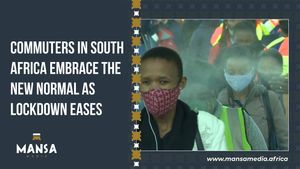 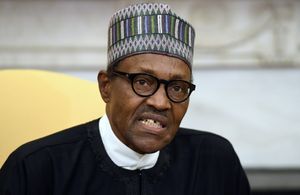