Why did Twitter support Nigeria’s #EndSARS and not Ghana’s #FixTheCountry?

In Nigeria, when social media companies failed to comply with governments’ requests, the government resorted to authoritarian models of control to restrict civic and democratic engagement in public policies.

When authoritarian models of control are introduced, some social media companies succumb or resist. Twitter — when faced with governmental repression of online expression in Ghana and Nigeria — chose to capitulate in one case and to resist in another. Can Twitter continue to defend digital rights and freedom of speech in Africa?

Jack Dorsey’s decision to pick a side in Nigeria’s politics has made the social media company unpopular to President Buhari’s government. During the #EndSARSprotest in Nigeria, Dorsey tweeted in support of the protest and called for people to donate to stop ongoing police brutality against Nigerians. The #EndSARS hashtag was amplified by Twitter, reaching millions of users.

In Ghana, a similar non-partisan protest is using the hashtag #FixTheCountry. The movement highlights the challenges faced by young Ghanaians, including high unemployment, increasing corruption, and military brutality against social activists and protesters.

On May 3, 2021, a young social media influencer, Joshua Boye-Doe, tweeted his frustration, using the hashtag #FixTheCountry, about young graduates who do not get jobs after several years of completing school.

After [completing the] NSS [National Service Scheme], many people that I know, are still at home because they could not get jobs…

His tweet resonated with young Ghanaians on Twitter and resulted in a coordinated effort to organize a protest in the capital Accra. This effort was stopped by the Ghana Police and a court order from the Supreme Court of Ghana.

Young Ghanaians tweeted at Dorsey, requesting his support for the #FixTheCountry protest as with #EndSARS, but neither Twitter nor Dorsey responded. Instead, the hashtag initiator’s Twitter account was suspended and the government-sponsored hashtag #FixYourself was  trending on the platform.

Nigeria’s population is over 200 million, while Ghana’s population is under 40 million. Ghana contributes a tiny number of users to Twitter’s global expansion. Nigeria, in contrast, has the largest number of Twitter users in Africa, with some three million active monthly. If Twitter is struggling to build a good relationship with the Nigerian government to get access to Africa’s largest market, the alternative is to let the citizens [users] fall in love with Twitter.

Twitter’s decision, as disclosed in the company’s blogpost, to set up an office in Ghana was based on the country being a “champion for democracy, a supporter of free speech, online freedom, and the Open Internet.” Nigeria, which has a bigger market than Ghana, has sparred with Twitter, unlike Facebook, has not been in the good books of Buhari’s government, which banned the platform in June.

Ghana, however, does not have a spotless human rights record, so the blogpost does not fully explain why Twitter chose the country over Nigeria for its office. In Ghana, journalists and social activists have been physically abused and killed for either protesting or speaking against a government that violates their freedom of speech. Ghana’s president, Nana Addo Dankwa Akufo-Addo, and the legislature have publicly refused to respect the human rights of minority groups, including protecting the rights of the LGBTQ community in Ghana. The Parliament of Ghana, led by the Speaker of Parliament, is currently working on a law to criminalise the activities of the LGBTQ community.

Although the reason is unclear, Twitter’s actions suggest it does not want to interfere in the politics of Ghana as it did in Nigeria, even if it means not defending the digital rights of citizens. In addition, staying in Ghana protects Twitter from the temperamental Nigerian government’s policy arbitrariness, coupled with a difficult business landscape. In addition, setting up the African hub in Ghana still gives Twitter access to the Nigerian market and its tech expertise.

Civil society organizations must collaborate to protect freedom of speech

Civil society organisations are in a legal battle with the Nigerian government to reverse the decision to suspend Twitter, which serves as a civic space for citizens to engage in dialogue. The recent lawsuit at the regional bloc Economic Community of West African State (ECOWAS) court by the Socio-Economic Rights and Accountability Project (SERAP) determined that Nigeria cannot arrest or prosecute people or companies that circumvent the ban. This case is an indication that the civil society organizations can be a unified and powerful entity to hold both Twitter and the government accountable in respecting the digital rights of citizens and ensuring an open internet in West Africa.

Twitter said it has reached out to the Nigerian government for “an open discussion to address mutual concerns and see the service restored.” The government has expressed her willingness to discuss with Twitter.

The business model of social media companies poses an ethical conflict in allowing Twitter to be the sole negotiator with the government to discuss issues of restoring access to the platform and freedom of speech in Nigeria. When social media companies anticipate losing a large portion of their user base due to the government’s restrictive policies, they resort to complying with governments at the detriment of the digital rights of their users.

After a recent meeting between Twitter and the government of Nigeria to settle their differences, the government’s spokesperson said they have agreed with Twitter on some areas, including Twitter agreeing to set up an office in Nigeria in 2022. This could be a tactic by a government to repress the digital rights of citizens because having a local office makes Twitter employees subject to local law. Such a request was made to Twitter in India in order for the government to have access to local staff they can hold accountable.

In India, a country that is also crucial for Twitter’s global expansion strategy, the social media company was unable to resist the Indian government’s account removal demands. Rather Twitter complied with several government requests to permanently suspend about 500 accounts and removed tweets critical of the government.

Facebook has historical complicity in silencing human rights activists. Facebook censored and flagged #EndSARS content by Nigerians as “fake news.” This is not surprising, as Facebook cemented its relationship with the Nigerian government to dominate the Nigerian market, after Mark Zuckerberg’s second visit to Nigeria to meet with President Buhari.

When the Government of Nigeria introduces stricter measures — a new set of social media rules will require social media companies to register in Nigeria —Twitter’s defense of open internet and freedom of speech in Nigeria will be weakened.

If civil society groups in Nigeria want to ensure both the government and Twitter’s negotiations do not violate the human rights of Nigerian citizens, they will need to collaborate, and build political support for their positions. They will also need to propose better resolutions, using legal means to protect the rights of citizens. 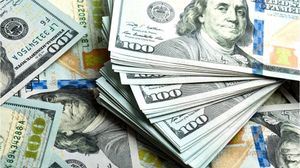 
Why Offshore Jurisdictions are a rich man’s favourite


Time to reaffirm our commitment to green energy 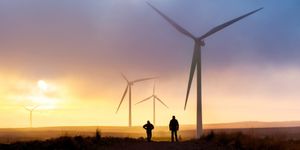