Despite being promised an IMF bailout over a year ago, Equatorial Guinea is still waiting for the funds it hoped would revive its struggling economy.

Africa’s only Spanish speaking country has been hit by a slump in oil prices since 2014 that further escalated when the pandemic began last year. The economy has shrank in each of the past six years, increasing the urgency for the IMF bailout.

In late 2019, the Washington-based lender reluctantly agreed to lend Equatorial Guinea $280 million over three years, despite huge uproar from NGOs and human-rights groups that the central African country was a bottomless pit of corruption.

Those accusations seemed accurate as the government in Malabo publishes few statistics on the economy and there are none of the usual checks and balances to hold government to account, including the lack of an independent press to scrutinize the government or its spending.

As a result, little of the oil wealth that flowed into the country in the years before 2014 made its way to ordinary people. In Malabo, the capital, slums run almost up to the foot of the large presidential palace occupied by Teodoro Obiang Nguema Mbasogo, who seized power in a military coup in 1979. Just a few miles from the palace people queue up with barrels to collect water from the single tap in their village. That’s all found in a country that is the “richest in Africa”, with the highest GDP Per Capita in the continent.

Obiang has also faced court actions abroad, such as in 2019 when authorities in Switzerland auctioned off a collection of 25 sports cars that they had confiscated from Mr Obiang’s eldest son – and vice president – Teodorin. The cars, which included Bentleys, Rolls-Royces and Ferraris, fetched the equivalent of $27m. Last year an appeals court in France upheld an earlier conviction of Teodorin on charges of embezzlement.

Surprisingly, IMF released $40 million to Equatorial Guinea at the start of its bailout programme. But things quickly changed.

Expectedly, Equatorial Guinea failed to meet a number of conditions imposed by IMF aimed at increasing transparency and reducing theft. One was that it join the Norway-based Extractive Industries Transparency Initiative (EITI), which sets standards for good governance of oil, gas, and mineral resources.

In February 2020, shortly after the IMF deal was signed, the EITI’s board rejected an application from Equatorial Guinea, saying that it had not met the requirements. Since then the IMF has held firm and not released any more money.

As the crises mount, the government may be forced to change. And sooner. 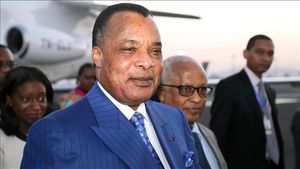 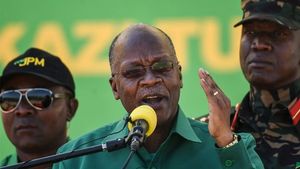