It’s crunch time for loss making Air Namibia with the government due to make a decision on the fate of the carrier in the coming days, following stunning revelations it cannot adequately fund its turnaround nor find any investors.

Namibia’s Minister of Finance and Chairperson of the Cabinet Committee on Treasury, Ipumbu Shiimi, in a statement said implementing a turnaround plan for the cash-stricken national carrier would cost taxpayers more than $461.6 million, after already spending $554 million over the last decade to bail out the airline.

“Air Namibia has been a loss-making entity since its inception and currently requires substantial amounts of money to bail it out from its current intractable debt situation. It is further worth noting that currently, Air Namibia has significant debts that are unsustainable,” he said.

Namibia is currently battling economic fallouts from the COVID-19 pandemic that Shiimi says have impacted the government’s ability to finance the turnaround. The airline has also failed to attract a strategic partner or investment.

“In 2019, the government had approached all airlines currently operating in Namibia as well as those that intend to operate in Namibia to assess if there would be any appetite to attract a strategic partner or investment for Air Namibia. Regrettably, all of the airlines that were approached declined.”

Air Namibia’s financial woes are also a consequence of lawsuits such as the $24.2 million out of court settlement reached on January 29 between the carrier and the liquidators of defunct Belgian operator, Challengair, which had filed for Air Namibia’s liquidation in the Windhoek High Court to retrieve outstanding funds relating to a longstanding dispute over the lease and maintenance of aircraft in 1998.

“As a shareholder, the government will study the settlement agreement between Challengair and Air Namibia. In the coming days, we will communicate transparently with all stakeholders in the best interest of the Namibian taxpayers and citizens,” Shiimi said.

It appears the government was blindsided by the deal. Public Enterprises Minister Leon Jooste indicated the government had had no prior knowledge of the arrangement. “We were not consulted on the details but I made it clear that whatever they discuss or agree to should in no way bind or implicate the shareholder (government),” he was quoted by local newspaper, Namibia Sun.

An analysis carried out by the government on Air Namibia’s failings discovered that the airline was operating with a flawed business model, where out of the 19 routes it was operating in 2019, 15 were loss-making due to high structural and operating costs.

Shiima said a new business plan was then drafted with an implementation cost of more than $461.6 million. Due to the effects of COVID-19, the amount is expected to be significantly higher.

Shiimi underlined that the government’s decision not to oppose the court case was “in the best interest of staff and future generation of Namibians”. The government would work closely with the staff and labor unions to safeguard their interests.

“High-level consultations with all relevant stakeholders are ongoing and the nation will be updated going forward.” 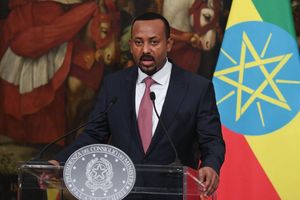 
Ethiopia's PM Abiy won the war in Tigray. Now the economy is bleeding. 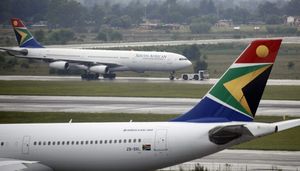