The World Bank has urged Nigeria to strengthen reforms of its currency – the naira – before it can approve a $1.5 billion loan, its country director said on Thursday.

Africa’s largest economy is badly in need of the financial support to survive its worst economic recession in 33 years, largely attributed to a drop in crude oil prices since the COVID-19 pandemic began.

World Bank loans are often contingent upon reforms, and its officials said previously it was “recommending” a more unified, flexible exchange rate. The naira hit 500 against the U.S. dollar on the black market last month as a dollar scarcity squeezed the economy.

“We recognize how much Nigeria has done,” Shubham Chaudhuri, the World Bank’s Nigeria country director, said during a webinar with journalists. “There needs to be a little bit more.”

Nigeria’s central bank devalued the official rate by 15% in March and weakened the foreign exchange rate for exchange bureaux in November and in March.

But the gap between the official rate and the parallel markets remains large. The situation is pressuring the economy and making it difficult for private companies to get the dollars they need to import into Nigeria.

A Central Bank official previously said it also could cause remittances to slow and exporters could refuse to repatriate their proceeds. 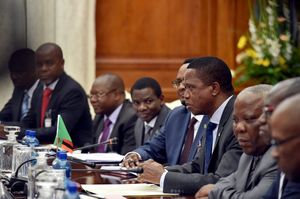 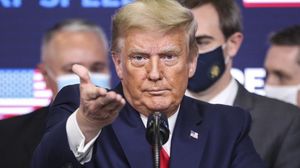