The World Trade Organization (WTO), the International Monetary Fund, World Bank have called for greater trade integration in a bid to revive the multilateral trading system and keep pace with the volatile global economy.

In a joint report titled “Reinvigorating Trade and Inclusive Growth” published by the last week, the trio stressed the role of liberalising the global service sector, emphasizing that the barriers to these services trade currently is roughly as high as those to trade in goods about a half century ago.

As the services sector encompass two-thirds of global GDP and employment the triad made a case for opening of service sectors to foreign competition. “It is also important that countries open up to international competition in services provided in other ways, including through foreign direct investment and the operation of foreign affiliates, and the temporary movement of workers across borders for the purpose of supplying services” the report said.

The latest report comes at a time when the Trump administration has taken a strong stand on H-1B visas, a move which impedes the travel labour movement of highly skilled individuals from many emerging and frontier markets.

“The opening of trade after World War II through the early 2000s lifted living standards and reduced poverty, but remains incomplete,” said the report. As innovation further shapes which services can be traded across borders it is becoming even more important to address obstacles to any trade.

In 2017, World Bank projections showed that trade liberalisation could raise manufacturing productivity by an average of 22 per cent across a sample of 57 countries, with larger benefits for countries with stronger institutional environments. However, slowdown in pace of trade reform continues to create trade distortions putting risk on the strength and sturdiness of the global economic recovery.

WTO Deputy Chief Economist Alexander Keck in a joint press conference explained, “It is very, very clear that we’re still sort of living off, here at the WTO, the services commitment that were made in the Uruguay round. And that the gap between those commitments and the actual services policies applied is enormous.”

The lapse in structural reform evident as foreign investments and foreign companies continue to face discrimination and restrictions. The report highlighted that despite international commerce sales of FDI affiliates spiralling to US$38 trillion in 2016, explicit restrictions such as foreign equity limitations, joint venture requirements and constraints on foreigners serving in senior management still hindered operation of foreign enterprises.

The WTO, which is a global proponent for trade, stressed the key role of market access and a need to reduce tariff and nontariff barriers saying, “Tariff reductions could usefully target higher tariff rates more, bringing down averages and variation, which are especially high in agriculture; addressing tariff escalation; and closing gaps between bound and applied rates.” WTO Director General Roberto Azevêdo added, “Trade has been vital in lifting living standards and reducing poverty over the years but much more remains to be done. Many WTO members recognize that improvements are necessary in many areas of trade policy to keep up with the evolving needs of their economies and their people.” 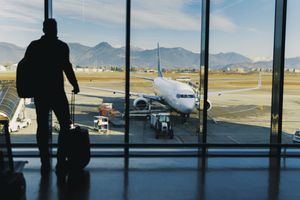 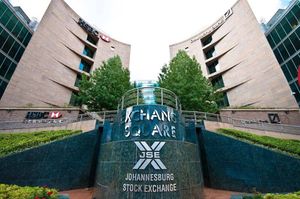