Zambia Chamber of Mines has asked the government to reform its taxation policies and treat mineral royalty payments as a deductible expense, in order to eliminate double taxations and spur investment in the sector.

Since Parliament passed new tax regulations in 2019, mineral royalty payments have not been treated as a deductible expense when calculating corporate income tax.

Despite widespread opposition from mining firms in the past financial year, the government’s annual budget released on Friday kept the provision unchanged.

The Chamber of Mines said in a statement sent to newsrooms, “The effect of this is that mining companies end up being taxed on income that has already been paid over as a royalty – a situation referred to as double taxation.

“Reversing that provision could unlock a series of investment approvals and kick-start economic recovery.”

The mining sector scored big in the 2020/21 financial budget as the government withdrew duty on ore imports, a move fueled by the initiation of negotiations to suspend Zambia’s bond repayments.

The crisis has driven spending and affected copper earnings, its largest source of export revenues.

Zambia is also battling public debt which has sky rocketed during President Edgar Lungu’s tenure in office. The coronavirus pandemic has hit the copper mining sector hard, as demand for copper raw materials dwindled due to forced lockdowns across the world.

According to the Chamber of Mines, a change in tax regime would be hugely beneficial “since a good proportion of Eurobond holder also hold shares in mining and prospecting in Zambia.”

The institution says, “Changes in the taxation regime would spur growth in the sector and aid bondholders mitigate their income loss during the proposed moratorium on coupon payments.” 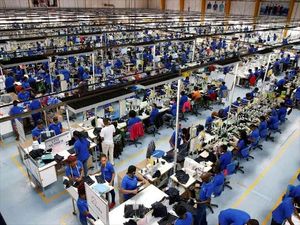