Zambia Minister of Mines Richard Musukwa says that the copper producing nation is seeking a compromise solution with bondholders and does not expect them to seize its mining assets even though it defaulted on part of its debt last week.

Musukwa also said that Zambia has no plans to sell its shares in mining companies to raise cash after Africa’s 2nd largest copper producer failed to pay the $42.5 million coupon on its Eurobond debt on Friday.

“We don’t expect Zambia’s assets to be auctioned or taken away,” he told a news conference. “We are very positive that we will get a win-win situation between the bondholders and the government.”

Even before the coronavirus pandemic caused a global economic slowdown, Zambia was struggling with mounting debt.

A plunge in copper prices prompted mining giant Glencore to shutter its Mopani Copper Mines, which accounted for around 9% of the country’s copper output.

Musukwa said negotiations with Glencore on increasing the government’s stake in Mopani – a result of the disagreement with the government over the temporary closure – were nearing a conclusion.

The minister said Zambia’s 2020 copper production was expected to be 820,000 tonnes and that rising copper prices would encourage miners to produce more.

The price of copper has fluctuated wildly this year.

Since the COVID-19 pandemic hit world markets and sent copper plunging in March, the London copper price has rallied 60% and hit its highest level in more than two years on Monday. 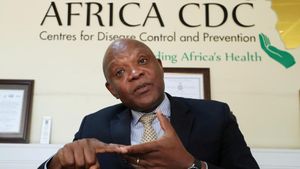 
Kenya to defer $690 million in debt repayments under G20 initiative 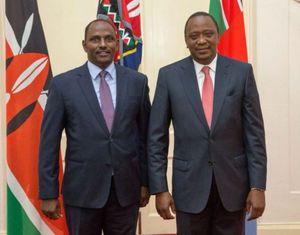