In November, the copper producing nation became Africa’s first pandemic-era sovereign defaulter after missing a coupon payment on one of its $3 billion of Eurobonds. Holders of the notes have set a deal with the Washington-based lender as a condition for restructuring their debts, though some believe it won’t be concluded before the poll.

“We want a deal,” Minister of Finance Bwalya Ng’andu said in an interview. “There is absolutely no desire on our part that we delay things to election time and we are hopeful that we’ll be able to reach some agreement with the IMF.”

Such a deal will face stumbling blocks as Zambia’s government would be mandated to undertake significant fiscal adjustments, a difficult pill for it to swallow as it seeks re-election.

Bondholders account for about one-quarter of Zambia’s $12 billion external debt that it’s seeking to restructure, having unsuccessfully appealed to commercial creditors in September for a six-month interest-payment standstill.

The IMF has classified the country as in debt distress.

The lender may oppose a government decision to increase fuel subsidies and take on an additional $1.5 billion of loans for a state-owned mining investment company when it purchased Glencore Plc’s local unit. Ng’andu said these won’t be deal-breakers.

As part of the meetings, the government will discuss with the fund its debt-sustainability analysis, which Ng’andu expects to finalize by the middle of March. The state will then use that document as the basis for restructuring discussions with bondholders and other creditors, he said.

Zambia will seek to use the Group of 20’s so-called common framework to restructure its debt, Ng’andu said. He’s hopeful Chinese creditors that account for more than one-quarter of the nation’s external debt will join that process, in spite of those lenders preferring bilateral discussions.

“The impression that I get speaking to them is that they are very co-operative, they want to be party to the process,” said Ng’andu. 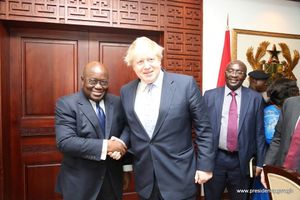 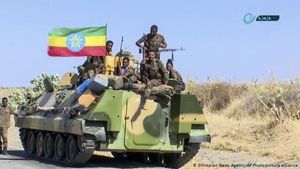