Zanzibar is drumming up a $2BN plan to encourage shipping, oil exploration and processing of seaweed as it seeks to expand beyond tourism that makes up more than quarter of the economy.. “The 5-year blueprint proposes developing the oil and gas sector alongside with efforts to boost the booming blue-economy,” says Ali Hassan Mwinyi, president of Zanzibar in an interview.

Zanzibar an archipelago made up of Unguja, Pemba and several small islands accounts for about 6% of the gross domestic product East Africa’s second-biggest economy, Tanzania. Mwinyi says the government of Zanzibar will be seeking to hire an adviser for the financing and debt needed to fund a wide range of projects estimated at $2.4BN.

Zanzibar an island state of 1.6 Million people is seeing new sources of income to reduce dependency on the mainland for provisions that include power. It also wants to encourage better use of seaweed that is used in food and beauty products as well as increase more fishing .This is a renewed push for diversification after COVID-19 affected Zanzibar’s main foreign exchange earner; the tourism sector that was negatively affected by travel restrictions and lockdowns that made travelers stay away from its beaches and resorts.

Zanzibar is also seeking to promote its position off Africa’s east coast to create a shipping hub where cargoes can be offloaded and rerouted using the experiences of Dubai and Singapore. “We want Zanzibar to be a hub of shipments of cargo, make it a logistic center for the region,” says Mwinyi “We need to capitalize on oil and gas,” says Mwinyi. This move will boost access to electricity, currently delivered through under sea transmission lines. Negotiations about building as much as 180MW of renewable and possibly gas generation have already began according to Mwinyi. 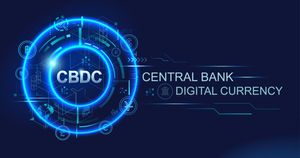 
The future of Made in Africa 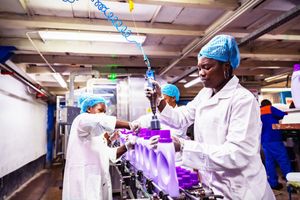