Zimbabwe’s diamond production set to increase by 30% in 2021

Zimbabwe’s state miner has announced it will be able to increase production of diamonds by about 30% to 3 million carats this year thanks to newly enhanced mining methods.

Zimbabwe Consolidated Diamond Company’s mines in the east of the country have so far met monthly targets of 200,000 carats, Chief Executive Officer Mark Mabhudhu said in an interview in Harare.

The mining firm produced 2.3 million carats worth of diamonds in 2020, selling most of them to Gulf countries and India.

The global diamond industry has recovered from the onset of the COVID-19 pandemic. Cutting and polishing centers in India and Antwerp, Belgium are replenishing supplies as sales pick up.

Zimbabwe Consolidated Diamonds is finalizing a joint venture agreement with Russian diamond miner Alrosa PJSC, Mabhudhu said. The two sides could reach a deal by the end of the year.  “It’s progressing very well,” he said. 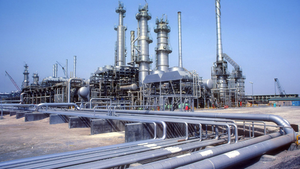