Despite battling the effects of the COVID-19 pandemic, Zimbabwe’s economic resilience was on show as government authorities released data on inflation and economic growth this week.

According to the Zimbabwe National Statistics Agency (ZNSA), consumer prices climbed 56.37% from a year earlier, compared with 106.6% in June. The last time the Southern African nation’s inflation rate was not in triple digits was in May 2019.

Inflation began spiraling out of control towards the end of 2018 and peaked at 837.5% almost two years later. The rise was fueled by mistakes made by former President Robert Mugabe’s administration and U.S. sanctions over human rights abuses.

A move last year to allow the exchange rate to be set by an auction system instead of a fixed peg to the U.S. dollar has helped stabilize the currency –  Zimbabwe dollar – that was reintroduced in 2019.

“Our plan going forward is to have stable inflation, as this will help bring price stability in the economy.” The central bank projects inflation slowing to below 25% by year-end.

Moreover, Zimbabwe’s economy is expected to weather the COVID-19 pandemic and register a 7.5% growth in 2021.

The government also projects the economy to grow by 5.4% next year, driven by growth in mining, manufacturing, and electricity sectors.

According to the 2022 budget strategy paper presented by the Finance Minister during a cabinet meeting, government revenue is expected to rise to 17.8% of the GDP next year, from 16.4% in 2021.

“In the 2022 national budget, the government will prioritize to sustain macroeconomic stability, to create a conducive environment for business investment and to improve the living standards of the majority,” Information Minister Monica Mutsvangwa said during a post-cabinet media briefing. 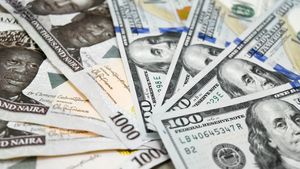 
Why Nigeria banned sales of foreign exchange to currency traders


Ghana and Kenya lead the world in mobile money 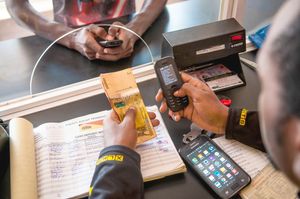