Remittances by Zimbabweans in diaspora almost doubled in the first four months of the year providing a timely boost to the country’s struggling economy.

According to Central Bank Governor John Mangudya, remittances soared to $411 million in the first four months of 2021, compared with $221.9 million during the same period in the previous year.  The inflows are Zimbabwe’s second biggest source of foreign exchange earnings, behind revenue from platinum exports.

“The economy continues to rebound due to the stability of the currency and inflation on account of the good agricultural out-turn and the positive impact of the diaspora remittances,” Mangudya said.

Zimbabwe has also reined in annual inflation to 162% from a peak of 837.5% in July 2020 following a series of reforms implemented by Finance Minister Mthuli Ncube. The depreciation of the country’s currency has also slowed, weakening 3.5% against the U.S. dollar this year, compared with a 79% slump last year.

Remittances last year totaled $1 billion, compared with $635.7 million in 2019. The inflows were second only to platinum exports that generated $1.77 billion, according to Central Bank data.

However, the International Monetary Fund (IMF) insists that broader reforms are needed to sustain the gains accrued by the government. The Washington-based lender expects Zimbabwe’s economy to grow 3.1% this year – less than half of the 7.4% that Treasury has projected.

Zimbabwe’s economy stagnated for two decades due to political and economic turmoil, and hyperinflation in 2008 wiped out savings pushing out investors from the country. 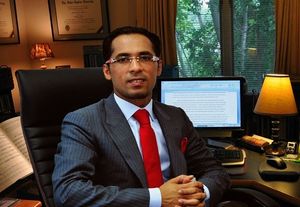